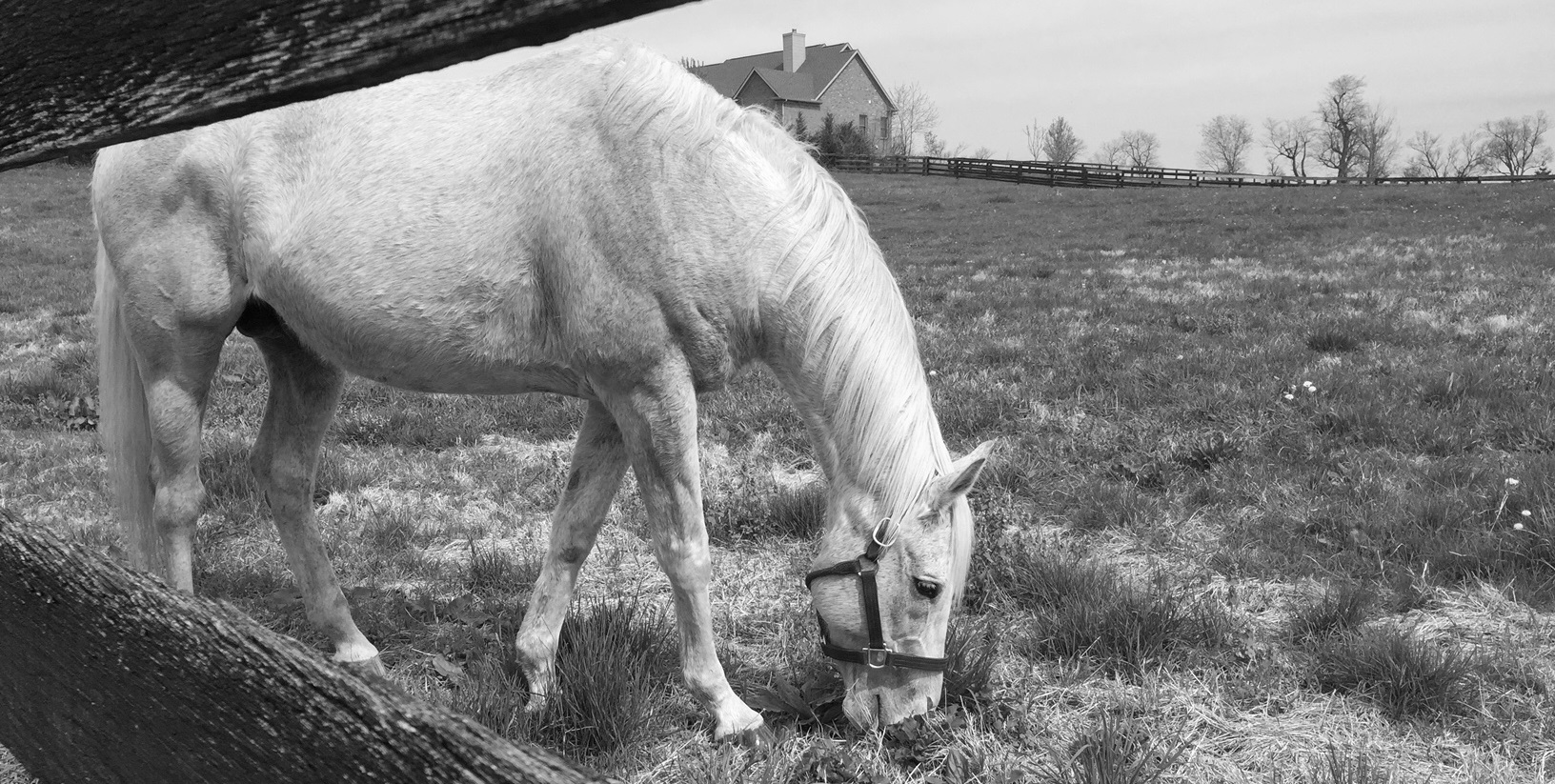 It looks like Spring is finally in the air in the Bluegrass at least for a few days. Today’s high of 78 degrees will make for a perfect afternoon to end the work week at one of my favorite places in Lexington. The Husband and will be up on the hill hanging out with the Bank of England before heading into the track to meetup with friends. My husband is an amateur handicapper, below is his picks for today.

Race 1: Today’s card starts with an allowance at 6 ½ furlong sprint on the main track. The (5) Awestruck is the heavy morning line favorite in this race and my top pick as well. Awestruck has a win and place in two tries at Keeneland last year and should be in the top two today as well. The only other to hit the board at Keeneland is the (3) Bella Bailar with a win back in the Fall meet in 2016. Bella Bailar will be on the early lead but based on past history should falter down the stretch. (3) Queen Bernadina and (1) Thirteen Songs are my picks to finish under Awestruck. Queen Bernadina had a rough to of it last time out at Fair Grounds colliding with another horse and taking a spill. Had a good 4f work at CD on 4/6 and looks to make a good run today. Thirteen Songs was also in that race and Fairgrounds finishing 2nd.
Picks 5-3-1

Race 2: The second race is low level Claiming race at 6f on the main track. Just like the first race, I look for the morning line favorite to win. (6) Rainwalker is a Maggi Moss owned and Tom Amoss trained horse, those two are always a formidable pair. The hot Florent Geroux stay son the hours after finishing 3rd last out at Fairgrounds on the turf. This horse is better suited for the dirt and should return to the winner’s circle today. (3) Mia Bella Rossa is out of the Bret Calhoun stable, Bret is off to a great start to the Spring meet hitting the board on 5 out of 6 entries with 3 wins and should make a lot run to finish in the top 3. (8) Racey Reecey should be on the early lead along side the (1) Love the Power and should hang on for third. Love the Power likes the poly better than the dirt and seems to fade down the stretch.
Picks 6-3-8
Best Bet 6, probable single to start the early P4

Race 3: The third race is another low level claiming at 6 ½ f on the main track. (6) Draxhall Woods is the slight morning line favorite in this competitive field. If the track is favoring late speed then Draxhall Woods should be on top at the end. If the track is favoring early speed as it did last week, then (7) Ambidextrous Alex should get a good trip stalking after the lead and take control down the front stretch. (9) Irish Proud has only ran on the dirt once, a disappointing route race at CD back in November 2016. The horse should fare better at the 1 turn sprint distance to hit the board.
Picks 6-7-9

Race 4: Race four is an Optional Claiming conducted at 1 mile on the main track. The (7) Sailor’s Valentine, (4) Tapella and (1) Pacific Wind are the strong favorites in this race. Sailor’s Valentine is my pick of this very close group. She is a perfect 2 for 2 at Keenland which gives her the slight edge over the other two. Tapella is sired by the Tapit and trained by Todd Pletcher and Johnny Velazquez, which are three of the tops in the industry. Pacific Wind trained by the red hot Chad Brown, who took home the win in the Bluegrass Stakes last weekend is winning at a 60% clip so far this meet. If you looking for a horse with some higher odds the (2) Shakti is my longshot in this race.
Picks 7-4-1-2

Race 5: Race five is a 6f Maiden Claimer on the main track. This is will be a tough race with a very evenly matched field. I give a slight edge to (11) Wind Rhapsody, the addition of blinkers should help him improve on a third place finish at Turfway Park last outing. (9) Uncatchable has two third place finishes this year and looks to improve with the addition of blinkers and has the highest speed racing in the last outing. (5) Brave Soul is a the son of Bodemeister out of Michael Maker’s barn. Posted a sharp workout at TP on 4/7. He faded late in this first outing but looks to improve trying dirt for the first time.
Picks 11-9-5
Race 6: Race six is the first turf race of the day, a 1 1/16 Allowance race. (2) Browse is 1 for 1 at Keeneland and Jockey Jose Ortiz returns to the mount. Those two have hit the board each time they have been paired up. (3) Con Te Partiro is returning to track for the first time this year for Wesley Ward. Ward is 7 for 8 with four wins in the Spring Meet and this horse won a race at Royal Ascot last summer. (11) Lido won his only race at Keeneland last Spring and was a winner last time out at Gulfstream Park.
Picks 2-3-11

Race 7: The late pick four start in Race 7 with a 7f Maiden on the main track. This looks to be a three-horse race. (1) Leinster has shown early speed in his three career races with a couple of third place finishes. (3) First Commander looks to improve on a third place finish in his first outing for Kiaran McLaughlin. (6) Own Agenda adds Lasix for the first time and posted a sharp workout at CD on 4/8. With Joel Rosario on the mount this hours should improve over last outing. Keep an eye on (9) Marmello who is dropping in here out of the Grade 2 Louisiana Derby last time and drops to a sprint.
Picks 1-3-6-9

Race 8: Race eight is a 1 1/16 Optional Claimer on the main track. (3) Gio Game is the daughter of the great Gio Ponti who finished 2nd in the Breeders Cup to the likes of Zenyatta and Goldikova. Gio Ponti love the turf course at Keeneland. His daughter broke her maiden at Keenland last fall and looks to get back into the winners circle after a disappointing showing in the Breeder’s Cup Julvenile Filly last year. (7) Haynesfest was a winner last time out at Fairgrounds where she was claimed by Tom Amoss and looks to build upon two solid runs at a mile on the dirt. (2) Princess Warrior drops in class today coming off a respectable 3rd in the Gulfstream Park Oaks last out. Should improve 3rd off the layoff and with the drop in class.
Picks 3-7-2
Best Bet 3 Gio Game, single in P4

Race 9: Race nine is the main event, the Makers Mark 46 mile. This one shapes up to be a two-horse race between (6) Heart to Heart and the (8) Next Shares. I give a slight edge to Heart to Heart who has been in the top two in 4 out 5 races at Keeneland. Both horses like the distance, Heart to Heart will be near the front with Next Shares trying to down the stretch. (2) Ballagh Rocks is making its 2018 debut and should hit the board for third.
Picks 6-8-2

Race 10: Race closes out this beautiful day with $20,000 Claimer at 6 ½ furlongs on the main track. (3) Honor with Pride looks to be the class of the field and should take home the win. (6) Moment of Triumph has a third-place finish in only outing at Keeneland and pick up a Corey Lanerie. Has hit the board in all three races in 2018. (1) Majestic Bold should round out the trifecta.
Race 10 3-6-1